Suggestions for the Reluctant Traveler to the Appellate Forum

Perhaps nowhere in the judicial system are good writing and speaking skills more richly rewarded than in the domain of the appellate arena. An appellate judge never witnesses a stinging cross examination, never is entertained or disgruntled by a trial lawyer’s histrionics, rarely has occasion to bang a gavel. Absent is the interplay of lawyer, witness, judge and jury.

An appellate judge reads: Motions, decisions, initial briefs, answer briefs, reply briefs, memoranda. Oral argument is a perfunctory diversion. Brevity, clarity, and precision triumph here; verbosity, ambiguity and superficiality mark the path of defeat. Yet, the infrequent appellate practitioner should not be quick to conclude that appellate practice is no more than a combination of two tools: writing and speaking. Rather, there is among the best appellate advocates, I believe, an understanding of the appellate forum, and an awareness of the unwritten rules and nuances of the appellate court. An appellate lawyer should understand the appellate court as otologically distinct from the trial court venue.

The institutional differences between appellate and trial courts are, I submit, largely unappreciated. Some of the differences stem from the cloister-like environment at the district court, the day-to-day conferencing and interaction among the judges at the appellate court, the role of the law clerks, and the inherent doctrinal tensions attendant to an intermediate court of appeal.

Although some circuit court decisions now appear in the Florida Law Weekly, circuit judges are rarely confronted with their own prior holdings. Unlike trial courts, the district courts must wrestle with the desire to do “substantial justice” without sacrificing stability, consistency or the presumptive validity of lower court rulings. The institutional biases, mores, and interpersonal dynamics all influence the way argument is received and analyzed, the way precedent is handled, and ultimately how cases are resolved.

No article can attempt to describe the many ways these socio-doctrinal-institutional concerns manifest themselves. The goals of this article is necessarily more modest. By focusing here on the two primary tasks of an appellate lawyer, writing and speaking, it is hoped that these tasks will be more proficiently performed for the benefit of the appellate panel. If the obligatory tasks are well-performed and understood, a lawyer can more incisively focus on the intangible institutional factors, persuasive subtleties, word choice, and similar details which distinguish excellence from mere competence.

Turning first to the tasks of writing, the appellate brief must be short and persuasive. Choose words and select cases with surgical precision. The vacationer’s rule — decide on what to bring and then cut it in half — could well serve many appellate practitioners in determining the page length of appellate briefs. Bring only what fits under a single staple.

Checking out your page length is a sign of trouble. Do not file a 50-page initial brief and a 15-page reply brief on venue. Too often, lengthy briefs work only as obfuscatory anesthesia.

At the district court of appeal, every case is assigned a primary judge who is responsible for drafting the initial opinion of the court. Each judge has two or more law clerks who draft a memorandum summarizing facts and points of law raised in the briefs. Consequently, the brief writer should not assume the reader well understands the area of law involved. Organization is the key. Use subsections in your brief. Discuss threshold issues first, i.e., standing, mootness, and jurisdiction. Clearly separate each ground for affirmance or reversal, and delineate the different intellectual paths which may be traveled to arrive at the ruling you seek. Never intertwine arguments.

Properly reciting the facts is crucial. In addition to creating ethical violations,6 factual misrepresentations or unsubstantiated factual allegations destroy credibility and are irksome. “A subway is not an underground train … Don’t say restroom, say toilet.”7 Factual oversights and misstatements disenfranchise one from the judge’s trust.8 The facts are in the record. The findings of the trier of fact are all you need, and indeed all that an appellate court may properly consider. Cite to the record on appeal as paginated by the clerk of the court. Proper citation to the record is required under Rule 9.210(b)(3). Failure to cite to the record may lead to the brief being stricken by motion or sua sponte. See Island Harbor Beach Club Ltd. v. Department of Natural Resources, 471 So. 2d 1380 (Fla. 1st DCA 1985).

The Florida Supreme Court and one commentator suggest that the answer brief be organized on a point by point basis in response to the opponent’s brief.9 See Dania Jai Alai Pallace v. Sykes, 450 So. 2d 1114 (Fla. 1984). This practice assumes the opponent understands the issues—an assumption, like an Italian train schedule, which frequently departs from reality. No special deference should be afforded the initial brief because it was the first submitted. Every appellate attorney must construct his or her own intellectual algorithm before writing. One logically presented brief is more helpful than several complimentary yet befuddling efforts.

Do not abuse the hospitality of the appellate court. Your invitation to argue is only as broad as the order appealed from in the notice of appeal. Do not ask the appellate court to “balance equities” or engage in other discretionary tasks within the province of the trial court. Only trial courts seek truth, appellate courts seek out error. Do not parenthetically allude to unassigned errors and minor trivialities floating within the record. If some fact is not directly related to a preserved point on appeal, then it is flotsam. Do not ask the district court of appeal to distinguish a controlling Florida Supreme Court decision on the ground that it is “over 40 years old.”

Briefing an appellate issue means thinking and writing. Writing must include editing and rewriting. “Woe to the advocate who believes he can salvage a poor brief with a stunning oral argument.”10 Proofread. Turgenev reportedly rewrote Fathers and Sons seven times; your client’s right to acquittal or last chance for victory deserves at least a second draft. Miscitations and other manifestations of carelessness are inexcusable insults to the tribunal.

Do not use footnotes in a brief. There are only two exceptions to this rule. Use a footnote in place of a lengthy citation to preserve the persuasive affect of a sentence. Footnotes are also permissible when arguing for an extension or significant change in the law where public policy is at issue and where scholarly efforts buttress debatable positions.

Good oral argument is conversational, careful, but not stilted. The questions from the panel of judges should be your paramount concern. Questions are not obstacles in the path of advocacy, they are the stepping stones to victory, and opportunity to correct a misapprehension, or to seize upon a dispositive fact or principle. Several questions from the court concerning the proceedings below suggest inadequate presentation of the facts in the brief. See generally Philip Padovano, Florida Appellate Practice §13.1 (1988).

For the same reason that one should not purchase Kentucky Fried Chicken in Stockholm,11 one should not object during oral argument. Do not waste time by steadfastly refusing to concede the obvious. Because the lawyer is charged with knowledge of the facts in the record, the response, “I was not trial counsel,” is never well received. An answer to a question calling for a yes or no response should not begin, “Well, . . .” Nor should a damaging concession be left unmitigated; follow-up with an equally compelling and countervailing fact or principle.

Appellate lawyering should not be reduced to brief writing and oral argument. However, these skills must be mastered, must become second nature, so as to afford one the time and intellectual breathing room needed to appreciate the subtle aspects of the appellate forum in the same way that a mathematician must have a thorough understanding of calculus, differential equations, and the like, before turning to the philosophical plateaus of that discipline.

A candidate for the appellate moot court team at the University of Florida once asked a team member, “What does it take to make the team, how do I prepare for oral argument?” After the perfunctory comments concerning preparation, the team member told the candidate, “moot court is really an attitude.” That rejoinder, however simplistic, does at least reveal an appreciation for the unarticulable and intangible aspects of appellate practice beyond a knowledge of the case law.

Understand that the ruling you seek must be defensible both doctrinally and systemically. Doctrinally means in accordance with past precedent, and if different, then not premised upon a tenuous factual distinction merely to rationalize a result-oriented jurisprudence. Appellate judges are rightfully hesitant to draw distinctions on slender factual reads. Too often those distinctions prove unworkable in subsequent cases. Witness the difficulty encountered by the district courts of appeal in attempting to distinguish admissible “corroborative” evidence from inadmissible propensity evidence after two Florida Supreme Court opinions involving testimony regarding prior bad acts of the defendant in sexual battery cases. See Beasley v. State, 518 So. 2d 917 (Fla. 1988); Anderson v. State, 549 So. 2d 807 (Fla. 5th DCA 1989).

Systemically defensible means the ruling you seek must not usurp the presumptive validity of lower court rulings in the area of law involved, nor impinge upon the legitimate spheres of activity entrusted to coordinate branches of government. This concern is evident, for example, in appeals from alimony awards where the appellant frequently asks the appellate panel to revisit the trial judge’s equitable distribution plan. See, e.g., Canakaris v. Canakaris, 87 So. 2d 197 (Fla. 1979) (“the appellate court must fully recognize the superior vantage point of the trial judge”); Murphy v. Murphy, 475 So. 2d 1253, 1255 (Fla. 5th DCA 1985) (“we will not disturb the delicate balancing of equities in the final judgment”); cf. Tuller v Tuller, 469 So. 2d 212, 214 (Fla. 5th DCA 1985) (Cowart, J., dissenting) (“the husband was badly shortchanged”).

The scope or standard of appellate review governing a particular case is fundamentally important, and too often ignored. That standard should not be treated as a procedural footnote to the substantive grounds. The standard of review is substantive. It answers a question of public policy asking who is best entrusted with the ultimate decisional authority. To whom shall we allocate power within the system? Who shall be the lawgiver? Be prepared to explain to the court the rational for the standard of review. Answering that question may well provide the appellate advocate with the strongest argument available when faced with a case largely indefensible on the merits.

Conclusion
Because the only characters an appellate judge ever sees are the ones generated by a word processor, choose words as a virtuoso painter would the colors on his palette. While clear analytical thinking, concise writing, and the deft handling of questions in oral argument are the cornerstones of appellate advocacy, one should be sensitive to the institutional, systemic, and intangible forces that impact appellate level decisionmaking. Be mindful of how the holding you seek impacts or modifies other areas of the law. Consider what public policy is being furthered or undermined by the ruling you desire. Ask yourself if you would want your name on the opinion you are asking the court to publish.

David W. Henry is a former law clerk at the Fifth District Court of Appeal, and is an attorney with Taraska, Grower & Ketcham in Orlando, Florida. The author wishes to thank Leslie King O’Neal for her valuable assistance in the preparation of this article. This article first appeared in, “The Briefs” published by the Orange County Bar Association. 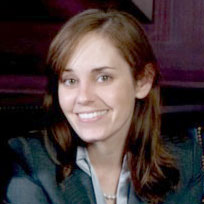