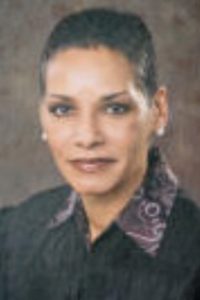 Judge Simone Marstiller has stepped into the First District Court of Appeal at a time of historical transition at the court. The First District is preparing to move into its new courthouse, and it is also moving rapidly into full use of electronic technology in every aspect of its work. Judge Marstiller is eagerly preparing for both. When she began her new career as an appellate judge in February 2010, she was told not to get too comfortable in her office because she would not be there long. Getting down to business in her new “temporary” office, she quickly mastered the skills needed to work with the electronic records on cases she is reviewing. She makes excellent use of the court’s newly-evolving ability to actually handle appeals without having to rely entirely on cumbersome paper records and the large expanding folders she refers to as “old-fashioned.”

When Governor Crist selected Simone Marstiller to become the third of three new judges appointed to the First District in three months, he invested with the court a unique personality. As I learned more about Judge Marstiller’s personal history and professional experience, I found many clues to how her life and career have developed to make her so well-suited to her new role as an appellate judge.

Simone Marstiller was born in Liberia where her father worked as an operations supervisor for the Firestone Natural Rubber Company, which owns a rubber plantation there. At age four she entered first grade. She explained that because her education in Liberia was in a private school, she was able to start early. When she was nine years old her family immigrated to St. Petersburg, Florida, where she entered the Florida public school system. At that age, she tested at a sixth-grade level, and became a nine-year-old middle schooler. Not being one to especially value conformity with her peers, Judge Marstiller continued through school as the youngest in her classes and graduated from high school at age fifteen. She entered college at age sixteen.

Judge Marstiller earned a Bachelor of Arts degree in Business Administration from Stetson University in Deland. Her daughter, Krystle, was born while Judge Marstiller was in undergraduate school, and as a determined single mom, she completed her degree, and went to work with the St. PeterSburg timeS in advertising sales. During a period of 7 years, before she decided to go to law school “on a whim,” she also worked in the publishing industry for Florida trend magazine and for golF CourSe newS, a monthly trade magazine. Because of her experience with golF CourSe newS, Judge Marstiller claims to be a bit of an expert in such things as seed and sod and ball washers, but she admits to a lack of expertise on the links: “I have a set of clubs and I’ve taken lessons, but I’m still working my way up to actually playing a round.”

When her daughter was ten years old, Judge Marstiller entered Stetson University College of Law, where she started up the career path that brought her to the First District. Until her last year of law school, Judge Marstiller said, “I wanted to be a lawyer,” but her career goals became more defined in her third year when she took an appellate practice class with Judge John Scheb, who is now retired from the Second District. From then on, she became more specific: “All I wanted to do was appellate advocacy.” After graduating from law school, she clerked for three years with Judge Emerson R. Thompson at the Florida Fifth District Court of Appeal. Judge Marstiller credits Judge Thompson with teaching her to see the law from a judge’s perspective.

While working as an appellate attorney in the Agency for Health Care Administration, Judge Marstiller attended a meeting at the Capitol one day, and she decided then and there, “I want to work here.” An opportunity to work in the Governor’s office arose a short time later when she saw a job advertisement for a position that “sounded interesting”-assistant general counsel to the Governor. She applied for the job online, and was granted an interview with Charles Canady, then general counsel for Governor Bush. She got the job. Judge Marstiller says she learned much from working with Charles Canady, now Chief Justice of the Florida Supreme Court, and considers him to be one of her mentors. She greatly respects Chief Justice Canady for his approach to the law and judging.

After brief terms as general counsel and interim secretary of the Florida Department of Management Services, Judge Marstiller was selected to be Governor Bush’s Deputy Chief of Staff in 2003. Because of the Governor’s confidence in her, he appointed her to be the state Chief Information Officer in the Florida Technology Of fice. As CIO, Judge Marstiller gained recognition as a “technology leader” in Florida. A framed article on the wall of Judge Marstiller’s office from the “Annual Women Achiever’s Edition” of the March-April 2005 in FoCuS magazine profiled CIO Simone Marstiller under the heading “Female Technology Leaders Have a Message: Find Your Own Vision and Go For It.” Judge Marstiller went for it! And the First District is the beneficiary. Judge Marstiller is a big fan of the First District’s new electronic records system, and she eagerly advocates for the continued development and use of technology at the court.

During her journey to the First District, Judge Marstiller also served the State of Florida as Secretary of the Department of Business and Professional Regulation, as Associate Deputy General Counsel in the Office of the Attorney General, and as Executive Director of the Florida Elections Commission. At her investiture, Judge Marstiller was commended by former colleagues for her dedication to public service. She was described as a team player, a problem solver, “perky and effervescent” (by Judge Thompson, who also described her as having a “keen wit only tempered by sarcasm”), but she was most highly praised as an admirable attorney known for her commitment to the rule of law and to the State of Florida.

C.J. Weinman is a long-time judicial attorney with the First District Court of Appeal. She is a former law clerk to Judge James R. Wolf and is currently law clerk to Judge Lori S. Rowe. C.J. has been a full time professor of legal research and writing at Florida State University College of Law and is currently an adjunct professor in the legal studies undergraduate degree program for Barry University.