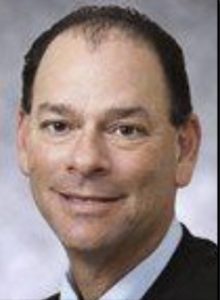 On November 24, 2010, Governor Charlie Christ appointed Judge Kevin Emas to the Third District Court of Appeal. Prior to his elevation, Judge Emas served as a judge in the county and circuit courts of Miami-Dade County. After fifteen years on the bench, Judge Emas might be expected to know the law. He does, of course, but he is not a close-minded braggart. On the contrary, Judge Emas finds that he still has much to learn about the law. He believes that the most important trait for an appellate jurist is the willingness to set aside your ego and approach each case with a mind open to persuasion. Colleagues and practitioners alike attest that these are not mere words: despite his unusually powerful intellect, Judge Emas is approachable, open-minded, and hard working.

Born into the Perry Mason generation in St. Louis, Missouri, Kevin Emas moved to Hollywood, Florida, in 1970. He studied at the University Florida, where he was a member of Florida Blue Key and Omicron Delta Kappa Honorary. While at UF, Emas stepped into an unforeseen leadership role that revealed his courage and sense of fairness. During a remembrance of Kristallnacht-a pogrom against Jews throughout Germany and parts of Austria in November 1938-a group of UF students staged an anti-Semitic event on the front lawn of Judge Emas’ fraternity house. Needless to say, tensions ran high and national media attention focused on the college town. Emas, who was president of Tau Epsilon Phi fraternity at the time, became a spokesman of reason and led the call for the establishment of an educational program to help end anti-Semitism at the University. For this work, the United States Jaycees selected Emas as an Outstanding Young Man of America. After graduating from UF with honors, Emas returned to South Florida to attend the University of Miami School of Law. There he served as an editor of the University of Miami Law Review, and was a member of both the Law School Honor Court and the Order of Barristers. Following law school, Emas became an assistant public defender and then entered private practice. In 1996, Governor Lawton Chiles tapped Emas to serve on the Miami-Dade County Court. Five years later, Governor Jeb Bush appointed him to the Circuit Court for the Eleventh Judicial Circuit.

Judge Emas views his service on the bench as the highest calling within the legal profession. Nonetheless, he answers another significant calling: that of teacher and guide to judges, law students, and even middle school and high school students. Judge Emas’ commitment to advance the education of judges is renowned throughout the state and even the nation. In Florida, he is recognized as one of the most involved, talented, and dedicated teachers of the judiciary. His career is marked by service on the faculty of the National Judicial College and the Florida Judicial College. He has served as Faculty Chair for Florida’s College of Advanced Judicial Studies. These various positions, however, hardly illustrate the depth of his understanding and commitment to judicial education. Judge Emas does not simply rove the state teaching at various seminars. Rather, he masters new topics, constantly updates his notes on familiar topics, and designs courses essential to the development of capable and knowledgeable judges. He is widely recognized as a go-to judge on a number of complex issues, including the difficult and nuanced area of death penalty cases. According to Judge Linda Ann Wells, the Chief Judge-Elect of the Third District Court of Appeal, Judge Emas’ many, many years of commitment to judicial education not only prepares judges but also “elevates all Bar members.”

Judge Emas’ advice for practitioners? Be prepared. Practitioners should anticipate an active bench and understand that judges can be persuaded at oral argument. Judge Emas certainly will be thoroughly prepared, well versed in the record, and incisively knowledgeable of the law.

Patricia Wallace is an attorney with Mathews Wallace LLP, based in Fort Lauderdale. Her practice focuses on complex commercial litigation, probate litigation, and appeals. She is also a mediator with Blue Sky Mediations. She has published on numerous topics, including electronic technology, jurisdiction, admissibility of evidence, and freedom of speech.