By Kristen A. Tajak, Esq.

A “passing the gavel” ceremony honoring Chief Judge Wells and outgoing Chief Judge Juan Ramirez, Jr., was held at the Court on July 14, 2011. This historic event was attended by many of Chief Judge Wells’ colleagues, family, and friends. During the ceremony, Chief Judge Wells reminded those present of a time – not very long ago – when few women were admitted to law school, considered for legal jobs, or promoted to judicial or leadership roles. Following a brief quote from the united States Supreme Court case of Bradwell v. Illinois,1 which upheld the right of Illinois to exclude a married woman from the Illinois bar, Chief Judge Wells thanked all of her “sisters in the law” who persevered, despite these ever-present obstacles, to become successful attorneys and leaders, and who ultimately paved the path for her to be selected as the first female Chief Judge of the Third District Court of Appeal. This ceremony was regarded by many as a special and memorable event in the 52-year history of the Court.

Kristen Tajak is an associate in the Miami office of Cole, Scott & Kissane. She practices in all areas of civil litigation, in both state and federal courts, with a concentration in appellate practice.

How to Irk a Law Clerk 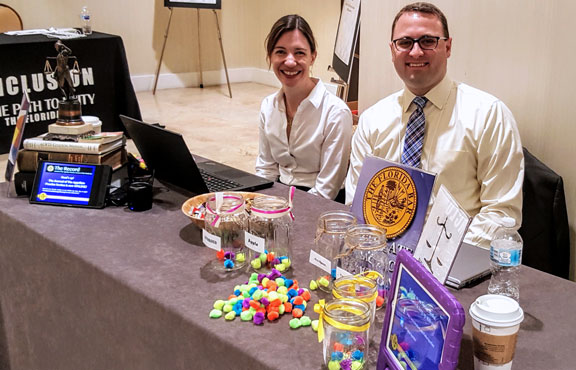