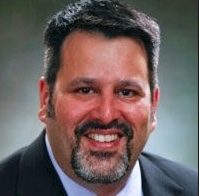 While in law  school, Mr. Tomasino interned with  Legal Services of  North Florida and in the felony division of the Second Judicial Circuit’s Public Defender’s Office (“PD”) in Gadsden County.  He continued volunteering with the PD’s office after his internship ended, and began his legal career there after taking the Florida Bar Exam.  As a new lawyer, Mr. Tomasino was assigned to the juvenile, misdemeanor, and traffic divisions for Gadsden County, and all of the PD divisions for Liberty County.

Mr. Tomasino worked in this position for nine months before he made the “very difficult decision to leave a job [he] loved” to work as an attorney with the Capital Collateral Representatives (“CCR”) in the Northern Region.  In a position he found “very difficult but very rewarding,” Mr. Tomasino represented Florida death row inmates in collateral postconviction proceedings.  It was during his time with CCR that he first became interested in the intersection of technology and the law.  This interest led to Mr. Tomasino’s selection as Technology Director for CCR.  He held this position in the late 1990’s “when everyone was worried about Y2K.”  In addition to implementing numerous technology advancements for CCR, he oversaw the upgrade of the network, servers, and computers to ensure Y2K compliance.  He noted, “one good thing to come from Y2K was that the Legislature provided CCR funding to update its computer system. . . .  Before this, they had one computer with a dial-up internet connection to do legal research.”

Mr. Tomasino drew on his technology management experience at CCR when he rejoined the PD’s office for the Second Judicial Circuit as Technology Director in 2001, a position he held for seven years.  Just as he did during his time with CCR, he implemented countless technological advancements at the PD, not the least of which was designing and implementing over 30 Polycom conferencing stations throughout the circuit which enabled all PD staff to conduct secure, confidential video-conferencing with their clients in six county jails and the juvenile detention center.  While serving as Technology Director, Mr. Tomasino also handled daily first appearances for the PD’s office and assisted in various divisions on an as-needed basis.

In July 2008, Mr. Tomasino was promoted to Administrative Director for the PD, a position that allowed him to utilize his management experience in a much broader role while still maintaining involvement with the rapid technological advancements impacting the practice of law.  He also continued to assist in representing clients during this time.

Although he never imagined he would become a clerk of court one day, he became intrigued about the position when he got to know his predecessor, Tom Hall, through their mutual involvement in various committees.  Because of Mr. Tomasino’s longstanding interest in technology and managing different systems in the past, the Clerk position, which is on the forefront of electronic filing and record keeping, seemed like a perfect fit.

Mr. Tomasino has now been the Florida Supreme Court’s clerk for more than a year.  He greatly enjoys working with the seven different justices and all of the court staff.  He notes he is “still learning” and addressing the multiple challenges of the position.  These challenges include making the transition to electronic filing and record keeping, continuing to develop the court’s internal appellate case management system, and ensuring more consistency statewide.  For example, he noted the unique challenge of simultaneously dealing with two different filing systems currently in use in the state (eDCA and ePortal).

Mr. Tomasino believes his prior experience prepared him well for his role as clerk.  He is still responsible for “putting out fires,” but the fires are now different in nature.  While his career had previously been focused on assisting indigent clients and marshaling technology to provide more efficient services, the transition to clerk has built on that foundation.  He is now in a position to assist the court, the parties, and the general public, and aspires to have a positive impact on Florida’s entire court system.

When asked what an aspiring court clerk can do to prepare themselves for the position, Mr. Tomasino stated he believes the most beneficial preparation is to “get involved” with other members of the court system and legal community and place oneself in a geographical location where this type of work is possible.  He also noted it was useful to have a basic interest and background in the type of work court clerks do.  Finally, he stressed the importance of maintaining a good working relationship with the people working in the court system.

In his free time, Mr. Tomasino enjoys spending time with his wife and two dogs.  He is also an avid reader who enjoys science fiction, historical fiction, and many other types of books.

Mr. Tomasino is optimistic about the future of Florida’s court system.  After reflecting on his time as Clerk, Mr. Tomasino stated he believes accepting the Clerk’s position “was the best decision in the world.”