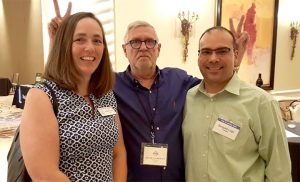 September has been an eventful month so far, to say the least. My main hope as I write this message, just days after Hurricane Irma left our state, is that our members are safe and secure and have or will have creature comforts (like air conditioning!) restored quickly.

We squeezed in what we could at the 2017 DCA Judges Conference before adjourning the event early so members could prepare for the hurricane. Thank you to the justices and judges who invited us to participate and to all the members who attended and helped make the event a success. We began the conference, as is the tradition, with a Welcome Reception hosted by the Section. There was good food and great company. On the second day, our Section co-presented the panel discussion, History in the Making: The Constitutional Revision Commission. Special thanks to Justice Peggy Quince who spearheaded the program and to our panelists, Professor Mary Adkins, H.T. Smith, and Hank Coxe, who provided information on the history of the commission and on the current Commission’s work. Our Legislative Committee will be following the work of the Commission and helping to keep us informed of their proposals. Section members are also encouraged to follow the work of the Commission and consider the impact it may have on our appellate courts and the practice of law in Florida. The conference also included presentations on legal writing, federalism, Florida evidence, and other topics that were informative, well attended, and appreciated.

As you may have noticed, the scheduling of the Executive Council meeting became a moving target. Hurricane updates led to school closings and other pressing matters for the members in attendance, which in turn led to changes in the conference schedule and the timing of our meeting. My apologies for those who wanted to attend either in person or by telephone but found it impossible in light of the last-minute changes. By way of quick update, we:

Keep an eye out for upcoming events and mark your calendars now. Our next webinar is Tuesday, October 17, and we will have our next in-person CLE, Practicing Before the Second District, on December 1 in Tampa. We’ll also have a presence at the Diversity and Inclusion Committee’s Diversity Symposium on November 10 in Orlando, and at the Central Florida Diversity and Inclusion Picnic on January 27, 2018, in Orlando. Stop by and say hello if you attend either of these.

Also mark your calendars for our next committee and Executive Council meetings, held in conjunction with the January meeting of The Florida Bar, January 17-20, 2018, in Orlando. And as always, if you’d like to become more involved in the Section, reach out to me or anyone else on our Leadership page—we’d be happy to have you! 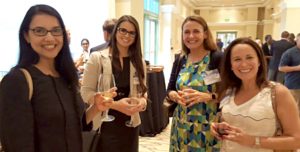