Occasionally, while an appeal is pending, the law changes in a way that could affect the outcome of the case.  Therefore, appellate attorneys should be prepared to discuss whether a party whose case is pending on appeal may take advantage of a newly enacted or amended statute or a new court ruling.

This article addresses the general principles of retroactivity that apply to legislative enactments and case law development which counsel must be mindful of while their case is pending on appeal.

I.  Change in Legislation

The Florida Supreme Court has promulgated a two-prong test for determining whether newly enacted statutes or constitutional amendments should be applied retroactively: (1) whether the legislation clearly expresses an intent that it should apply retroactively; and (2) whether retroactive application would violate any constitutional principles.  See Metro. Dade Cty. v. Chase Fed. Hous. Corp., 737 So. 2d 494, 499 (Fla. 1999).

The first prong involves a question of statutory construction which requires that legislative intent be determined from the plain language of the statute. Id.  A statute that clearly and unambiguously states that it applies retroactively will be given such effect.  Id.; see, e.g., § 406.135(8), Fla. Stat. (2016) (“This exemption shall be given retroactive application.”); State, Dep’t of Revenue v. Zuckerman-Vernon Corp., 354 So. 2d 353, 358 (Fla. 1977) (“The 1977 Legislature’s inclusion of an effective date of July 1, 1977, in Ch. 77-281 effectively rebuts any argument that retroactive application of the law was intended.”).  Where legislative intent is not apparent from the statutory language, however, case law recognizes certain presumptions relating to retroactive application.  First, unless the legislature expressly and unequivocally announces a contrary intent within the act, substantive legislation is presumed to apply prospectively.  See Landgraf, 511 U.S. at 270; Chase Fed. Hous. Corp., 737 So. 2d at 499.

Note that Florida courts have not classified a statute that accomplishes a remedial purpose by creating substantive new rights or imposing new legal burdens as the type of “remedial” legislation that should be applied in pending cases.  See L. Ross, Inc. v. R.W. Roberts Const. Co., 481 So. 2d 484 (Fla. 1986) (statute creating right to attorney fees could not be applied retroactively).  In other words, even though an act is designed to serve a remedial purpose, it will not be applied retroactively when it is clear that doing so “would attach new legal consequences to events completed before its enactment.”  Arrow Air, Inc. v. Walsh, 645 So. 2d 422, 425 (Fla. 1994) (“[T]he mere fact that ‘retroactive application of a new statute would vindicate its purpose more fully . . . is not sufficient to rebut the presumption against retroactivity . . .’ ” (quoting Landgraf, 511 U.S. at 285-86)); see also Chase Fed. Hous. Corp., 737 So. 2d at 500 n.9.  Arrow Air illustrates this point.  There, Walsh filed a lawsuit for retaliatory discharge stemming from his termination on May 15, 1989.  Arrow Air, Inc., 645 So. 2d at 423.  The trial court granted Arrow Air’s motion to dismiss because retaliatory discharge was not a recognized cause of action in Florida.  The Third District initially affirmed the dismissal of the case and Walsh moved for rehearing.  Id. at 423-424.

During the pendency of the motion for rehearing, the private sector Whistle-Blower’s Act became effective on June 7, 1991.  Id. at 423-424.  The Act provided a cause of action for retaliatory discharge.  Id. at 423.  Determining that the Act was remedial legislation, the district court of appeal applied the new law retroactively to Walsh’s case and reversed the order of dismissal.  Id. at 424.

There can be no question that application of the private sector Whistle–Blower’s Act on these facts would give the employee a substantive right that he did not have at the time he was discharged and would subject the employer to new liability for its past conduct. Thus, because we find no clear evidence of legislative intent to rebut the presumption against such retroactive application, we quash the decision under review and remand for further proceedings consistent with this opinion.

B. Constitutional Implications of Retroactive Application

If it is determined that the legislation was intended to operate retroactively, then the courts must determine whether retroactive application is constitutionally permissible.1  Retroactive application is constitutionally permissible if it does not violate due process, e.g., by impairing vested rights, creating new obligations, or imposing new penalties.2  See Campus Commc’ns, Inc. v. Earnhardt, 821 So. 2d 388, 396 (Fla. 5th DCA 2002).  Thus, consideration must be given to the impact a change in the law would have on the parties, such as by creating new legal obligations.  For example, a law that impaired the obligation of contracts, as well as an ex post facto law, would raise an obvious constitutional question.  Dewberry v. Auto-Owners Ins. Co., 363 So. 2d 1077 (Fla. 1978) (holding that obligation of insurance contract providing for the stacking of uninsured motorist coverage was impaired by application of statute prohibiting such stacking to contract entered before effective date of statute); Yamaha Parts Distribs., Inc. v. Ehrman, 316 So. 2d 557 (Fla. 1975) (holding that retroactive application of statute requiring ninety days’ notice for termination of franchise agreements would unconstitutionally impair the obligation of contract if applied to contracts entered before the effective date of the statute).

A change in decisional law while a case is pending on appeal may be applied retroactively.  That principle is known as the “pipeline rule” and requires that “disposition of a case on appeal should be made in accord with the law in effect at the time of the appellate court’s decision rather the law in effect at the time the judgment appealed was rendered.”  Hendeles v. Sanford Auto Auction, Inc., 364 So. 2d 467, 468 (Fla. 1978); see Miami v. Harris, 490 So. 2d 69, 73 (Fla. 3d DCA 1985) (“[I]t is apodictic that where there is a change in law between the trial of a case and the final disposition of the appeal, the appellate court must apply the law as it exists at the time of final disposition . . .”); see also Fla. E. Coast Ry. Co. v. Rouse, 194 So. 2d 260, 262 (Fla. 1967) (same).  A decision declaring a statute unconstitutional because the legislature lacked authority to enact it will be applied retroactively.  See Martinez v. Scanlan, 582 So. 2d 1167, 1176 (Fla. 1991).  Conversely, pursuant to Florida Supreme Court precedent, a decision declaring a statute unconstitutional based solely on the form of its enactment operates prospectively.  See, e.g., Aldana v. Holub, 381 So. 2d 231, 238 (Fla. 1980) (finding that statute violated the due process clause had prospective application only); Interlachen Lakes Estates, Inc. v. Snyder, 304 So. 2d 433 (Fla. 1973).

The pipeline rule generally applies unless the opinion states otherwise.  For instance, in Martinez v. Scanlan, 582 So. 2d 1167, 1176 (Fla. 1991), the Florida Supreme Court declared a statute void ab initio, but pronounced that its “decision shall operate prospectively only.”  Bear in mind that only the Florida Supreme Court has the power to determine whether its decisions should be applied prospectively or retroactively.  See Benyard v. Wainwright, 322 So. 2d 473, 474 (Fla. 1975) (“We recognize that retroactive application is not constitutionally required and that this Court has the sole power to determine whether our decision should be prospective or retroactive in application.”).

Finally, the Legislature’s clarification of a statute following a recent controversy involves principles of statutory interpretation, not retroactive analysis.  See Leftwich v. Fla. Dept. of Corr., 148 So. 3d 79, 83-84 (Fla. 2014) (treating the recent controversy rule as distinct from retroactive application of a criminal statute under the Ex Post Facto Clause); Chase Fed. Hous. Corp., 737 So. 2d at 502-503 (treating the recent controversy rule as distinct from the retroactive application of an amended statute); Madison at SOHO II Condo. Ass’n, Inc. v. DEVO Acquisition Enters., LLC, 198 So. 3d 1111, 1116-17 (Fla. 2d DCA 2016) (“Because we are applying the legislature’s amendment, which clarified the legislature’s intent in a prior version of a statute after a recent controversy, we do not apply retroactivity principles here.”).  That is, “[w]hen the legislature amends a statute shortly after controversy has arisen over its interpretation, the amendment can be considered an interpretation of the original law, not a substantive change.”  Essex Ins. Co. v. Integrated Drainage Sols., Inc., 124 So. 3d 947, 952 (Fla. 2d DCA 2013) (citing Chase Fed. Hous. Corp., 737 So. 2d at 503)); see also Lowry v. Parole and Probation Com’n, 473 So. 2d 1248, 1250 (Fla. 1985).

The Second District Court of Appeal’s decision in Madison illustrates this point.  198 So. 3d 1111.  At issue in that case was whether a condominium association’s acceptance of $2,412.00 for unpaid condominium fees and assessments totaling $40,645.70 from a unit owner (Devo) constituted an accord and satisfaction of that debt pursuant to section 673.3111, Florida Statutes (2014).  The Association filed suit alleging that accord and satisfaction principles did not apply to the collection of unpaid condominium fees and assessments under section 718.116(3), Florida Statutes (2014).

Any payment received by an association must be applied first to any interest accrued by the association, then to any administrative late fee, then to any costs and reasonable attorney’s fees incurred in collection, and then to the delinquent assessment.  The foregoing is applicable notwithstanding any restrictive endorsement, designation, or instruction placed on or accompanying a payment.

In St. Croix Lane Trust, the Second District held that section 718.116(3) did not render the accord and satisfaction principles set forth in section 673.3111 inapplicable to condominium associations.  144 So. 3d at 643.  While Devo’s appeal was pending, and ten months after St. Croix Lane Trust was decided, the Legislature amended section 718.116(3) so that it “is applicable notwithstanding s.673.3111” or “any purported accord and satisfaction. Madison, 198 So. 3d at 1115.  The amendment additionally stated that “[t]he preceding sentence is intended to clarify existing law.”  Id.

Consequently, the Second District recognized that its “prior interpretation of section 718.116(3)’s holding in St. Croix Lane Trust ha[d] been abrogated by the legislature’s recent clarifying amendment.”  Id. at 1119.  Thus, because the legislature’s response to the recent controversy following the St. Croix Lane Trust decision clarified its intent regarding the application of accord and satisfactions pursuant to section 718.116(3), there was no need to resort to retroactivity principles.  Id. at 1116-1117 (“Because we are applying the legislature’s amendment, which clarified the legislature’s intent in a prior version of a statute after a recent controversy, we do not apply retroactivity principles here.”).

The foregoing was intended to provide guidance on how to take advantage of a new law, or to defend against its retroactive application to a case pending on appeal.  Because it is not uncommon for a law to be enacted or amended while an appeal is pending, the importance of understanding the principles that guide appellate courts’ retroactivity analysis cannot be overstated.

1Of course, if the plain language of the legislation does not evince an intent that it applies retroactively, then the courts do not have to address the second prong of whether retroactive application would violate any constitutional principles.  Memorial Hosp.-W. Volusia, Inc. v. News-Journal Corp., 784 So. 2d 438, 441 (Fla. 2001) (finding it unnecessary to reach the second prong of the retroactivity analysis absent clear legislative intent to apply the statute retroactively). 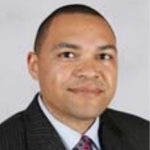 Forrest Andrews is an Assistant City Attorney for the City of Miami and is Board Certified as a Specialist in Appellate Practice. 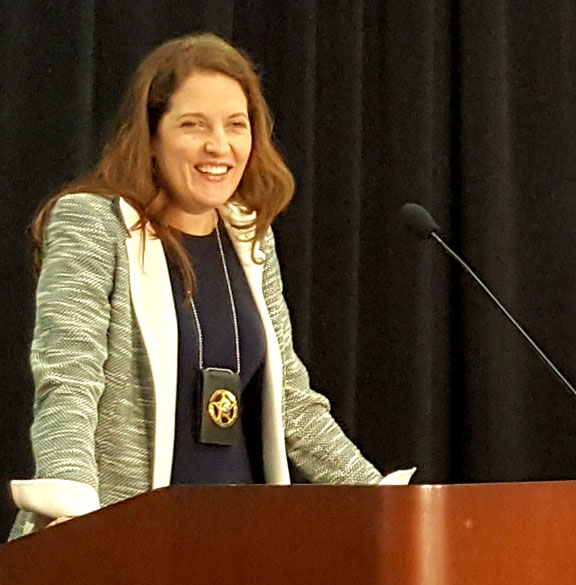