Last year, before we were grounded by the Coronavirus Pandemic, I traveled to Italy.  Anyone who has been to Italy likely knows that seeing the wonderful old churches with all the fabulous art in situ is a prime tourist activity.

Observing all the statuary and small chapels in the churches prompted me to do a little reading about saints.  As you may know, there are patron saints for a lot of things.  My inquiring mind asked, who is the patron saint of lawyers?  I discovered that there are at least two – St. Yves (Ives) or Ivo and St. Thomas More.[1]  St. Catherine of Alexandria is also held to be a patron saint of lawyers based upon her rhetorical skills.[2]  This article will focus on St. Yves.

St. Yves was born in 1253 near Treguier in Brittany, France, and he studied theology, as well as civil and ecclesiastical law.  He worked as an “advocate” (lawyer) and judge, while also becoming a priest.  He died in 1303 and was canonized on May 19, 1347.  A 1932 article written by Professor John H. Wigmore and published in Fordham Law Review[3] provides a wonderful history of his life and miracles, which shows that Yves took cases for the poor, widows, orphans, and other distressed persons, just as we do today for pro bono work.  It was said that Yves required every applicant for his help to first make an oath that his cause was a just one, and then Yves would say, “Pro Deo to adjuvabo” (“For the sake of God, I will help you”).[4]  Although I will share a few excerpts from Professor Wigmore’s article below, I commend the entire article to you for further reading.[5]

For us, as appellate practitioners, it is interesting to note that St. Yves’ practice also included appeals.  Professor Wigmore wrote:  “His fame had long ago reached Paris, whither he had sometimes journeyed to argue cases on appeal (and tradition had it that his is the earliest known name at the Paris bar, for this was the century in which the revival of the Roman law was leading to the formation of a learned Bar).”[6]

Professor Wigmore relates this famous example of St. Yves’ skills as a lawyer:

Tours was near Orleans; the bishop held his court there; and Ivo, while visiting the court, lodged with a certain widow. One day he found his widow-landlady in tears. Her tale was that next day she must go to court to answer to the suit of a traveling merchant who had tricked her. It seemed that two of them, Doe and Roe, lodging with her, had left in her charge a casket of valuables, while they went off on their business, but with the strict injunction that she was to deliver it up again only to the two of them jointly demanding it. That day, Doe had come back, and called for the casket, saying that his partner Roe was detained elsewhere, and she in good faith in his story had delivered the casket to Doe. But then later came Roe demanding it, charging his partner with wronging him, and holding the widow responsible for delivering up the casket to Doe contrary to the terms of their directions. And if she had to pay for those valuables it would ruin her. “Have no fear,” said young Ivo, “You should indeed have waited for the two men to appear together. But I will go to court tomorrow for you, and will save you from ruin.” So when the case was called before the Judge, and the merchant Roe charged the widow with breach of faith, “Not so,” pleaded Ivo, “My client need not yet make answer to this claim. The plaintiff has not proved his case. The terms of the bailment were that the casket should be demanded by the two merchants coming together. But here is only one of them making the demand. Where is the other? Let the plaintiff produce his partner!” The judge promptly approved his plea. Whereupon the merchant, required to produce his fellow, turned pale, fell a-trembling, and would have retired. But the judge, suspecting something from his plight, ordered him to be arrested and questioned; the other merchant was also traced and brought in, and the casket was recovered; which, when opened, was found to contain nothing but old junk. In short, the two rascals had conspired to plant the casket with the widow, and then to coerce her to pay them the value of the alleged contents. Thus the young advocate saved the widow from ruin.[[i]]

As a judge, it was said that the integrity of his character caused him to render just judgments to both rich and poor.[8]

As sympathetic as Yves had been to the poor and unfortunate, and as patient as he had been in seeking amicable adjustments of controversies, he judged criminal matters with a stern hand, determined to end the abuses which the asylum threatened to the peace of the locality. He cut short the long answers of talkative witnesses and ordered advocates to abridge pleadings of unnecessary length and to come quickly to the point at issue. His strong character as a judge contributed much towards diminishing the threat of Minihy and won him universal respect and praise. In civil matters as well, his deep devotion to duty and his fearlessness in meting out justice regardless of the people affected, resulted in judgments against the powerful, or even personal friends, and solidified his reputation as an able and just judge. Confidence in his judgment spread quickly through the countryside and the recital of numerous authentic instances of his wisdom and kindness became embroidered with legendary accounts until there was evolved an heroic saga of the priestly judge and lawyer of the people.[[9]]

As Professor Wigmore explains, there are two main requirements for canonization.  First, the party must have been a person of blameless and unselfish life, and, second, miracles must have been performed by his intervention after his death.  As to the miracle requirement, Wigmore included this account of one of the 100 miracles that were discussed at the 1330 inquiry for St. Yves’ canonization[10]:

A woman of Treguier, coming home after a day’s absence, found that robbers had entered and stolen all her scanty possessions. In despair, she went to the tomb of Ivo and there prayed for his help. And as she prayed, the voice of Ivo from heaven told her the names of the robbers. There were three. They were pursued, and two of them were quickly found with their loot. But the third had escaped from the country. However, the justice of Ivo from Heaven pursued him; for as he sat safely in his shelter he was struck with blindness. The wretched fellow, realizing that retribution had fallen upon him, returned to Treguier and repentantly restored to the woman all that he had taken. Whereupon a second miracle ensued; for the repentant thief immediately received back his sight. And this miracle was indeed well verified; for it was the thief himself who testified to it; he was No. 131 of the witnesses.[[11]]

Litigants and lawyers who seek justice summon St. Yves with this prayer:

My lord Saint Ives of Truth, Who know the pro and con, Place right where it must be, And the fault with him who is wrong.[[12]]

For all who exercise a legal profession, whose patron saint he is, he remains the voice of justice, which is ordained to reconciliation and peace in order to create new relations among individuals and communities and build a more impartial society.

The values proposed by St Ivo retain an astonishing timeliness. His concern to promote impartial justice and to defend the rights of the poorest persons invites the builders of Europe today to make every effort to ensure that the rights of all, especially the weakest, are recognized and defended.[[13]]

[2].  Saint Catherine of Alexandria, Franciscan Media, A Nonprofit Ministry of the Franciscan Friars, https://www.franciscanmedia.org/saint-catherine-of-alexandria/ (last viewed Oct. 10, 2020), indicates she is the patron saint of lawyers, librarians, philosophers, students, and teachers.  But see St. Catherine of Alexandria, Catholic Online, Project of Your Catholic Voice Foundation, https://www.catholic.org/saints/saint.php?saint_id=341 (last viewed Oct. 10, 2020), which lists her as the patron saint of students, unmarried girls, and apologists.  I am no Catholic scholar, so I will not attempt to resolve this issue. 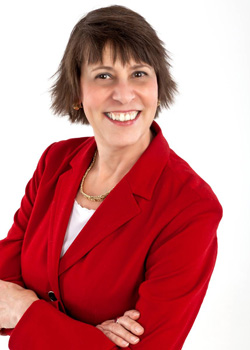 Wendy Loquasto is the manager of Fox & Loquasto, LLC.  She has been board-certified in Appellate Practice since 2008, is a past chair of the Appellate Court Rules Committee (2014-2015), and has served two terms on the Appellate Practice Section’s Executive Council (2004-2011 & 2014-2017).  She has a general practice that includes workers’ compensation, civil, and criminal appeals, as well as writs and trial support.  She is the former president of Tallahassee Women Lawyers (1996-1997) and the Florida Association of Women Lawyers (2006-2007), as well as Legal Services of North Florida, Inc. (2009-2011).

What I Learned From My History Professor