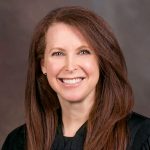 “When I was a little girl I would sit on the curb holding a coconut between my bare feet, whacking it with a hatchet until I got it open,” Judge Susan Rothstein-Youakim said.  “I’m a Florida girl,” she added.  “But don’t mention the coconut.  Nobody needs to know about that.”

Judge Rothstein-Youakim met Sam Youakim while both were students at the University of Florida College of Law, and they married and moved to Tampa after graduation.  Actually Sam, a Tampa native, was moving back to Tampa because he only left to attend Princeton and then law school before coming home.

Judge Rothstein-Youakim began her career as a clerk for then-United States Magistrate Judge Charles Wilson before she joined the Appellate Division of the Offices of the United States Attorneys.  Over the next twenty-one years, she wrote more than six hundred briefs and presented more than sixty arguments to the United States Court of Appeals for the Eleventh Circuit, sometimes appearing before panels that included her former boss, now Eleventh Circuit Judge Charles Wilson.

“The Second District Court is getting a real gem, and the attorneys will enjoy having her on their panels,” Judge Wilson said.  “She is perfectly suited for the bench, because virtually her entire legal career she’s been an appellate advocate.  She appeared before me frequently and was one of the best oral advocates I’ve ever seen.  She is super smart, has a strong work ethic, and is a powerful and persuasive writer.”  Judge Wilson added, “You know, she is so nice, but when she was arguing her client’s position, she was a fierce advocate, and I don’t think I ever saw her tripped up or rattled.”

She is the youngest of three girls, and her big sister Julie Rothstein echoed Judge Wilson’s sentiment that Judge Rothstein-Youakim is known for her kindness: “She was the girl who would laugh at your unfunny joke to make you feel better and she grew up to be the woman who makes cookies for everyone.”

“But I don’t remember her doing that with coconuts,” Julie added.

A long-time musician, Judge Rothstein-Youakim began playing the string bass in sixth grade.  She made All-State Orchestra every year in high school and All-State Band once.  “They needed a bass player that year; don’t ask me why,” she said.  She belonged to the Florida West Coast Symphony Junior Symphony and the Youth Orchestra.  “I picked the bass really only because not many girls played it, but I loved it,” she said.  “In fact, when Sam and I got engaged, I asked him to get a less expensive ring and use the difference to buy me my own bass.  We call it my ‘engagement bass.’ ”

While an Assistant United States Attorney, Judge Rothstein-Youakim was honored with a Special Act Award in 1999, and she taught appellate advocacy and brief-writing to Assistant United States Attorneys at the U.S. Department of Justice’s National Advocacy Center in Columbia, South Carolina.  Judge Rothstein-Youakim has also actively contributed to the Bruce R. Jacob-Chris W. Altenbernd Criminal Appellate Inn of Court since she joined in 2014.  Her volunteer work at an at-risk elementary school as a mentor—and her leadership in coordinating Inn-member volunteer hours and donations for the school—earned her the Inn’s highest individual honor in 2015, the Altenbernd Award for Excellence.  It was Judge Altenbernd’s departure from the Second District in 2016 that created the judicial vacancy she now fills, and similarly she is now the judicial member of the Inn’s executive committee.

Judge Rothstein-Youakim and her family still live in Tampa, and they regularly visit her parents in Sarasota.  She loves to bake and spends an entire weekend every winter making batch after batch of a wide assortment of cookies that she shares with friends, co-workers, and sometimes even total strangers.

“Look, I was a kid,” she said.  “How else was I supposed to get into coconuts?  I never got hurt.  I guess you can leave that in there.” 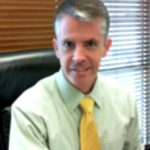 —Keith Upson is a principal at The Upson Law Group in Naples.  He practices criminal appeals and post-conviction proceedings all across Florida and in the United States Court of Appeals for the Eleventh Circuit.