A signature event for the Appellate Practice Section, this year’s Dessert Reception truly broke the mold by sweeping attendees away for an authentic “Evening in Paris,” complete with artisanal, hand-crafted cocktails and decadent Parisian-themed desserts. Guests who crossed the doorway into the reception were instantly transported to the City of Light, where the walls of what appeared to be a simple hotel conference room were illuminated by images of the Eiffel Tower and the streets of Paris. In what was perhaps the most authentic detail of the night, the reception came complete with its own mime! Valeria “V” Hendricks, the section’s historian, might have had guests thinking there were two mimes in attendance with her authentic Parisan garb—complete with beret. She later commented that “As the section’s historian, I guarantee the APS’s 25th Anniversary Extravaganza will be remembered as the best party ever! From the dinner to the end of the Paris-themed dessert reception, every detail was perfect. The committees in charge outdid themselves!”

Word of this magical event spread like wildfire throughout the Bar Convention, prompting what appeared to be record-breaking attendance. Tom Seider noted that “The desert reception—always a fun and highly anticipated event—was particularly meaningful this year. We celebrated 25 years as a section, had what seemed like a record turnout, and watched Justice Quince and Anthony Musto accept the section’s most prestigious awards. Also, I ate like seven crepes. It will be hard to top this one!”

Marking the 25th Anniversary of the Section, this year’s reception was preceded by an unforgettable Anniversary Celebration Dinner which featured several speakers and a side-splitting performance from Judge Edwin Scales as the Master of Ceremonies. As Jared Krukar observed, “Judge Scales set the tone for the evening as master of ceremonies at the anniversary dinner, giving some good-natured ribbing to the speakers and taking some in return. That levity carried over into the dessert reception: APS members and guests enjoyed delectable desserts and libations, had their caricatures drawn, and danced with mimes. It was a truly wonderful ‘Evening in Paris.’ ” And Keith Upson remarked that “The food at the Section’s 25th Anniversary Dinner was exceptional (a welcome surprise for those of us cynically dulled into expecting rubber Chickin™ at large events) and surpassed only by the quality of both the attendees and the presenters. The presentations were relevant and succinct, and Judge Scales’ wit throughout served as the perfect meringue on top of their substance, light and welcome if not sweet.”

The section took the opportunity during the reception to honor the longstanding contributions of the three Justices of the Florida Supreme Court who will be retiring at the end of this year, Justice Barbara Pariente, Justice Fred Lewis, and Justice Peggy Quince. Justice Quince was also celebrated as this year’s winner of the section’s Adkins Award. And in recognition of his tireless pro bono efforts, Tony Musto took home the section’s newly renamed John R. Hamilton Pro Bono Award.

It was truly an evening to remember!

Be sure to check out the big slideshow on the APS Website – click here to see more! 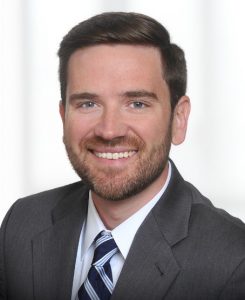 Chance Lyman is an Associate at Buchanan Ingersoll & Rooney PC in the appellate practice group.  Chance concentrates on all aspects of appellate practice in both state and federal appellate courts.  While attending Florida State University College of Law, Chance interned in the Appellate Division of the Office of Criminal Conflict and Civil Regional Counsel.  After graduating from law school, Chance began his legal career at Florida’s Second District Court of Appeal as an attorney in the Central Staff division of the Court.  He later served as a law clerk to the Honorable Marva L. Crenshaw at the Second District before joining Buchanan Ingersoll.

Terms of Endearment for Appellate Clerks: How to Stay in an Appellate Court Clerk’s Good Graces