At the age of eleven, Justice John D. Couriel, a self-proclaimed aviation nerd, traveled from London to New York on the Concorde, an airplane that traveled at a maximum speed of over twice the speed of sound.  The flight took approximately two hours and fifty-nine minutes.  Other travelers on the plane included a member of the Rolling Stones and Col. Frank Borman, the commander of Apollo 8.  While an exciting experience in its own right, the flight can serve as a metaphor for the course of his legal career—a career that has taken him across the globe and landed him on the Florida Supreme Court, deservedly so, at the age of just 42.

Justice Couriel was born and raised in Miami, Florida, where both of his parents settled after emigrating from Cuba as children.  His father traveled to the United States by himself at the age of nine as part of Operation Pedro Pan, an effort to relocate Cuban children sent to the United States by their parents for fear that Fidel Castro would place minors in communist indoctrination centers.  Justice Couriel’s mother traveled to the United States with her extended family, living with as many as eighteen people in one house.  From a young age, Justice Couriel knew he wanted to be a lawyer.  He credits his decision to become a lawyer to his paternal grandfather, who was a lawyer in Cuba.  Although Justice Couriel did not have the opportunity to develop a close relationship with his grandfather due to the distance, he idolized him and appreciated his grandfather’s sense of patriotism and dedication to the job.

Justice Couriel met his wife in high school, where they were both members of the debate team.  Although she rejected him when he asked her to senior prom, they reunited at Harvard College and started dating during their freshman year.  After they graduated, he remained in Massachusetts to attend Harvard Law School, and she went to medical school in Baltimore.  Upon graduation from law school, Justice Couriel accepted a clerkship in Washington D.C. in order to stay close to Baltimore.  His daily commute to and from Washington on the MARC train provided him with ample opportunity to study for the Florida Bar exam.

After his clerkship and his wife’s graduation from medical school, the couple relocated to New York.  Justice Couriel accepted a job with Davis Polk, where his practice focused on deal work, such as mergers and acquisitions.  While he was there, the firm represented Siemens AG in connection with one of the landmark cases under the Foreign Corrupt Practices Act.  His work on the case led to his desire to become a prosecutor by opening his eyes to cross-border law enforcement, which he considers a species of diplomacy.  He managed to make his dream a reality when he accepted a position to serve as an Assistant United States Attorney at the United States Attorney’s Office for the Southern District of Florida.  There, he was able to continue his career in cross-border work by prosecuting cases involving money laundering, international narcotics trafficking, international human and arms trafficking, and public corruption.

Justice Couriel left the United States Attorney’s Office to run for a seat in the Florida Senate.  While his campaign was unsuccessful, Justice Couriel appreciated the experience and developed a great reverence for people who make law by legislating.  Thereafter, he accepted a job with the international law firm Kobre & Kim, where he continued his cross-border work and developed the firm’s business in Latin America.  He was unable to escape the call for public service, however, and he soon found himself in another campaign, this time for an open seat in the Florida House of Representatives.  Yet again, his campaign was unsuccessful.  However, the experience served him well, and he was soon presented the opportunity to serve the public in a different way: by becoming a judge.

In September 2019, President Trump appointed Justices Lagoa and Luck to the Eleventh Circuit Court of Appeal, creating two vacancies on the Florida Supreme Court.  On June 1, 2020, Governor Ron DeSantis appointed Justice Couriel to fill one of those vacancies.  The timing of the appointment—in the middle of the worsening coronavirus pandemic—made for a nontraditional start to his career on the bench.  Indeed, he was sworn in by Judge Lagoa (his neighbor) in his backyard in a socially-distanced ceremony the day after his appointment.  Immediately thereafter, Justice Couriel had to prepare for eleven remote oral argument cases that were scheduled to be heard the very next week.  Once again, Judge Lagoa came to the rescue—this time lending him a robe belonging to her father-in-law, Judge Paul C. Huck, Sr., for the arguments.  In the new role, Justice Couriel appreciates his opportunity to learn a new skill and familiarize himself with the appellate bar, an admittedly new community for him.

In his spare time, Justice Couriel enjoys spending time on the water.  His family owns a house in Key Largo, and he frequently spends weekends there with his wife and two kids.  Although he enjoys fishing, he describes himself as more of a “shallow water drinker” as opposed to a deep-sea fisher.  He is also an avid reader, where his interests diverge between biographies, literature (including Spanish literature), and poetry.  One of his favorite authors is Ernest Hemingway, a man whose writing style he tries to emulate.  Indeed, he included The Old Man and the Sea on his list of summer reading assignments for his new law clerks.  In his concluding remarks, Justice Couriel imparted one piece of advice for practitioners that will appear before him: write and speak simply. 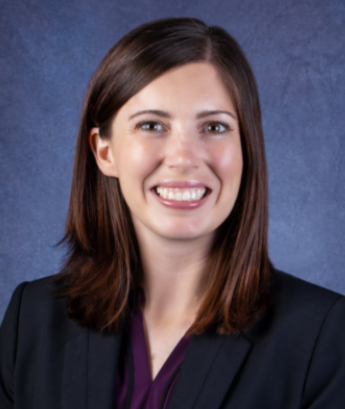 Julia Kapusta is an attorney with Englander Fischer practicing in the areas of Appellate Practice and Commercial Litigation.  Prior to joining Englander Fischer, Julia clerked for nearly three years with Judge Badalamenti on the Second District Court of Appeal.