By Paul A. Avron

In a first impression issue, a panel of the Eleventh Circuit declined to limit the Pearlman doctrine1—under which an intervenor can file an interlocutory appeal from an order denying a motion to quash a grand jury subpoena—to the grand jury context.  Relevant here, in Doe No. 1 v. United States of America,2 the Eleventh Circuit held that it possessed subject jurisdiction over an interlocutory appeal by criminal defense attorneys and their client who intervened in a proceeding ancillary to a criminal investigation to assert the attorney-client privilege to prevent disclosure of plea negotiations with the United States.

The issue arose from a motion by the victims (of alleged sex-related crimes under Federal and Florida law) to dismiss an appeal by intervenors, defense counsel for Jeffrey Epstein.  Id. at *1.  After investigating claims of sexual abuse, the Office of the United States Attorney for the Southern District of Florida, on behalf of the United States, and Epstein’s lawyers entered into a nonprosecution agreement, with the United States agreeing to not file any federal charges in exchange for a guilty plea to charges of solicitation of prostitution and procurement of minors to engage in prostitution under Florida law.  Id.  The U.S. Attorney’s Office did not confer with the victims prior to entering into the non-prosecution agreement or advise them of the existence of the agreement until several months after it had been memorialized.  Id. at **1-2.  The U.S. Attorney’s Office did not disclose to the victims that Epstein’s plea was a result of the undisclosed nonprosecution agreement.  Id.

Shortly after Epstein’s plea, Jane Doe No. 1 filed suit against the United States alleging, inter alia, that it wrongfully excluded her from plea negotiations with Epstein.  Id. at *2.  The district court concluded that Jane Doe No. 1 and Jane Doe No. 2 (who subsequently joined the initial petition) were “crime victims” under the Crime Victims Rights Act.3  After settlement of a related civil suit, and over Epstein’s objections, the district court ordered the United States to produce documents given to Epstein’s lawyers during plea negotiations; however, no correspondence from Epstein’s lawyers was produced.  Id.  at *3.  The victims led a motion to compel directed at the United States. Id.

In response, Epstein and his lawyers moved to intervene to challenge production and use of correspondence authored during plea negotiations.  Id.  Subsequently, the intervenors moved for protection arguing, inter alia, that Federal Rule of Evidence 410 and Federal Rule of Criminal Procedure 11 created a privilege for plea negotiations.  Id.  In one of two orders the district court compelled the United States to, inter alia, produce documents requested by the victims, including correspondence between the United States and Epstein’s lawyers. Id.

The victims argued that the intervenors’ appeal should be dismissed because the Pearlman doctrine applies only to grand jury subpoenas, and that Mohawk Indus., Inc. v. Carpenter4 precluded an interlocutory appeal of a denial of a privilege claim. Id. at *4. The Eleventh Circuit first noted that discovery orders are not treated as final orders for purposes of appeal, but that certain exceptions existed, one of which was the Pearlman doctrine which “permits an order denying a motion to quash to be ‘considered final as to the injured third party who is otherwise powerless to prevent the revelation.’ ”5  Quoting from Supreme Court precedent,6 the Eleventh Circuit explained that “[u]nder Pearlman, a discovery order directed at a disinterested third party is treated as an immediately appealable final order because the third party presumably lacks a sufficient stake in the proceeding to risk contempt by refusing compliance.”7  Id.

The Eleventh Circuit further explained that appellate jurisdiction pursuant to the Pearlman doctrine is not dependent upon successful assertion of a privilege, and noted the various bases for the intervenors’ privilege claims, i.e., Federal Rule of Evidence 410, the work product privilege, the right to effective assistance of counsel pursuant to the Sixth Amendment, etc., “however tenuous,” suffice to establish jurisdiction.  Id. at *5.  Continuing, the court explained that, “[a]bsent an interlocutory appeal, the intervenors would be left with no recourse” to challenge the order requiring production by the United States. 9  Id. at *6.  The court then explained why it was unlikely that the intervenors would be able to appeal under the “established mechanisms for [immediate] appellate review,” i.e., 28 U.S.C. § 1292(b), or through a writ of mandamus.10  Id.

The Eleventh Circuit next found victims’ reliance upon Mohawk, in which the Supreme Court precluded an interlocutory appeal of an order compelling production of attorney-client privileged materials because the claimant could appeal a final judgment, misplaced.11  Id.  Specifically, the Eleventh Circuit explained that the Supreme Court considered its appellate jurisdiction in Mohawk under the Cohen collateral order doctrine,12 that the Court did not discuss the Pearlman doctrine or discuss appeals like the one before the Eleventh Circuit in which the holders of the privilege “are limited intervenors in a proceeding ancillary to a criminal investigation and seek to prevent the disclosure of information held by a disinterested party,”13 that is, the United States.  Id.

The Eleventh Circuit’s opinion— set to be published—is important because it rejects the contention that the Pearlman doctrine is only applicable in the grand jury context.  More importantly, the court’s opinion is important because third parties to an action can intervene and take an immediate interlocutory appeal to challenge a discovery order compelling production of documents of asserted privileged material and, in so doing, preserve rights without risking a contempt citation or having to wait to appeal for a final judgment on the merits of the underlying claim(s) when it would simply be too late.

Paul A. Avron is of counsel to Berger Singerman LLP and is based in the firm’s Boca Raton, Florida office.  Mr. Avron’s primary practice areas are corporate restructuring and commercial litigation, including appellate litigation.  Mr. Avron has substantial experience in appellate litigation before the United States Court of Appeals for the Eleventh Circuit. 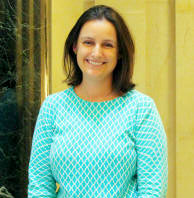