Appellate Practice Section member Thomasina Moore had an idea. As the statewide director of appeals for Florida’s Guardian ad Litem Office, Ms. Moore found herself and her colleagues drowning in a sea of constant briefing deadlines. But where some might have seen doom-and-gloom, Moore saw an opportunity.

Moore knew that the Appellate Practice Section is filled with talented lawyers who have big hearts — and an annual professionalism obligation to engage in pro bono service. So, in June 2017, Moore approached Section leadership with a proposal, which she dubbed the “Defending Best Interests” project. In short, the project would offer Section members a chance to write appellate answer briefs in cases where a judge has found termination of parental rights to be in the best interests of the child.

The benefits for everyone were immediately clear. Volunteers would be given institutional support from the Guardian ad Litem Office and an opportunity to participate in appellate-specific pro bono work with a time-limited commitment. The Guardian ad Litem Office would receive additional manpower to help with its constant stream of appellate deadlines. And, most importantly, Florida’s abused and neglected children would be given a voice in the appellate process. Indeed, as State Senator Bill Galvano, a longtime supporter of the Guardian ad Litem Office, put it, “The Defending Best Interests Project represents some of the most important work pro bono attorneys can do — allowing the appellate courts to hear the voices of children in the dependency system.”

Following the annual Florida Bar convention, the Appellate Practice Section’s partnership with the Guardian ad Litem Office officially began. It was an instant success. Dozens of Section members signed up to take cases, offering their substantial expertise to a worthy cause. For some of the Section’s more seasoned practitioners, the project presented an opportunity to tally another brief toward board certification requirements. For some younger folks, the project offered a chance to sit first chair and draft a brief they otherwise might not have the opportunity to draft. As Moore put it in one of two feature stories about the project in the Florida Bar News, “[i]t’s going like gangbusters.”

In less than nine months, Appellate Practice Section members donated over 1,000 hours of pro bono time to the project. And because of that time, the Guardian ad Litem Office was freed up to take on an additional 475 children – a win-win if ever there was one.

The partnership would not have been possible without the tireless work of Ms. Moore and the ongoing support of the Appellate Practice Section’s Pro Bono Committee. The Committee maintains a roster of Section members who are interested in appellate pro bono opportunities. Those opportunities include the Guardian ad Litem cases, to be sure, but also include referrals from legal aid organizations, pro se litigants, and even the Florida Supreme Court. Anyone interested in receiving the no-commitment notices of these opportunities can simply contact Committee Chair Joe Eagleton at jeagleton@bhappeals.com to be added to the list-serve. 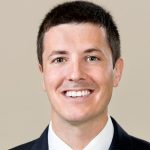 Joe Eagleton is the chair of the Appellate Practice Section’s Pro Bono Committee and a member of the Section’s Executive Council.