And then there were twelve . . . or is it twenty-four?

After a series of public hearings and meetings over the course of the last month, the CRC has whittled the proposals down to twelve potential amendments.  But since there is no single subject limitation on CRC amendments, the twelve amendments encompass twenty-four separate proposals.

You can check the status of proposals, get information about the process, or view upcoming agendas at this website: https://flcrc.gov/. 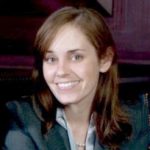 Courtney Brewer is a shareholder in The Mills Firm in Tallahassee. She has served as Legislative Chair for the Section since 2016.