Changes to the Florida Rules of Appellate Procedure Effective January 1, 2015

Winston Churchill once said: “To improve is to change; to be perfect is to change often.”1  The Florida Rules of Appellate Procedure may not be perfect, but as part of the regular three-year rule cycle, a number of them will be changing effective January 1, 2015.2

The Florida Supreme Court issued an opinion on November 6, 2014, in which it adopted a number of new amendments to the appellate rules that took effect January 1st.3  Five of the amendments warranted a specific discussion by the Florida Supreme Court, while the remaining changes were “for the most part, either technical corrections, clarifications, or reorganizations, or [] necessary to conform language to current terminology or amended provisions in other rules…”4  This article presents an overview of the five amendments specifically addressed by the Florida Supreme Court – amendments to 9.020(I ) & 9.110(l), 9.147 & 9.110(n), 9.100(h), 9.100(k), and 9.420.  Additionally, this article discusses several changes to Rule 9.130 that were not specifically addressed in the Court’s November 6, 2014 opinion, as well as two out-of-cycle additions to Rule 9.130 that were adopted by the Florida Supreme Court in a subsequent opinion dated November 13, 2014.5  For a complete discussion of all the amendments and changes to the Florida Rules of Appellate Procedure, practitioners should review the Florida Supreme Court’s opinions at In re: Amendments to the Florida Rules of Appellate Procedure, 39 Fla. L. Weekly S665 (Fla. Nov. 6, 2014), and In re: Amendments to Florida Rule of Appellate Procedure, 39 Fla. L. Weekly S675 (Fla. Nov. 13, 2014), which both include appendices outlining the specific changes to each affected appellate rule and form.  Practitioners may also want to review the Three-Year Cycle Report of the Appellate Court Rules Committee that can be downloaded at http:// www.floridasupremecourt.org/clerk/ comments/2014/14-227_020314_Petition.pdf.

The amendments to rule 9.020(i), Rendition, and rule 9.110(l), Premature Appeals, work together to reduce the difficulties associated with a prematurely-filed notice of appeal.  Currently, rule 9.020(i) indicates that the filing of a notice of appeal results in the abandonment of any authorized and timely motions for new trial, rehearing, certification, to alter or amend, for judgment in accordance with prior motion for directed verdict, for arrest of judgment, to challenge the verdict, to correct a sentence or order of probation pursuant to rule 3.800(b)(1), to withdraw a plea after sentencing per rule 3.170(l), or to vacate an order based upon the recommendations of a hearing officer pursuant to rule 12.491.  Once the new amendment takes effect, the filing of a premature notice of appeal in any of these situations will no longer result in abandonment.  Instead, a final order shall not be deemed rendered until the last of any such motion has been disposed of per the filing of a signed, written order, and the appeal “shall” be held in abeyance until a signed, written final order has been filed.

Similarly, rule 9.110(l) addresses situations other than those specifically covered by amended rule 9.020(i), in which a notice of appeal has been prematurely filed before the entry of a final order.  In its current form, rule 9.110(l) states that such an appeal “shall” be subject to dismissal, although the appellate court can review the matter if a final order is rendered before the dismissal occurs.  The Appellate Court Rules Committee noted that “the decisions from the district courts of appeal are unclear on the question of whether a relinquishment of jurisdiction is necessary for the effective rendition of a final order when a notice of appeal has been filed prematurely.”6  The amended rule resolves this uncertainty and clarifies that the lower tribunal retains jurisdiction to enter a final order, even if a notice of appeal was led prematurely.  The amended rule also specifies that the appellate court “may” grant the parties additional time to obtain a final judgment from the lower tribunal, so that the appeal may proceed.

New rule 9.147 is simply a renumbering and reorganization of existing rule 9.110(n).  Essentially, rule 9.110(n) becomes its own separate rule. Additionally, rule 9.147 sections (d) and (g) clarify that certified copies of certificates, which the clerk may issue in instances governed by the rule, shall be provided to appellants “without charge.”

Rule 9.100(h) governs orders to  show cause in appeals that constitute  original proceedings.  The current rule  indicates that, if the court issues an  order to show cause in a prohibition  proceeding, the order “shall stay proceedings in the lower tribunal.”  The  Appellate Court Rules Committee expressed concern that appellate courts  were, at times, avoiding the automatic  stay provision in prohibition proceedings by requiring a “response” instead  of issuing an order to show cause.  To  address this concern, the commit tee suggested that rule 9.100(h) be  amended to either: (1) provide that  the only way an appellate court can  request a response to a writ petition  is by issuing an order to show cause;  or (2) specifically acknowledge that  appellate courts have the discretion to either issue an order to show  cause (that will stay the underlying proceedings in prohibition cases) or request a response (that will not create a stay).  The Florida Supreme Court adopted the latter option, which it stated “would make explicit that which up to now has been the unwritten but well understood effect of the language of subdivision (h).”7

Rule 9.110(k) was added to Florida’s Rules of Appellate Procedure in 1984 to specifically address a pitfall created by the Florida Supreme Court’s decisions in Mendez v. West Flagler Family Ass’n, Inc., 303 So. 2d 1 (Fla. 1974), and S.L.T. Warehouse Co. v. Webb, 304 So. 2d 97 (Fla. 1974).8  This pitfall is known to appellate practitioners as the “Mendez Trap.”  The Mendez trap generally involves whether a partial final judgment qualifies as a nonfinal order that can be appealed either immediately or at the end of the case, or a final judgment that must be appealed within 30 days of rendition.  A full discussion of the Mendez trap is beyond the scope of this article.  However, a clear and detailed outline of the issue can be found in the Stetson Law Review article, Direct Appeal Jurisdiction of Florida’s District Court of Appeal.9

Although rule 9.110(k) was intended to resolve the issue of when a partial final judgment becomes appealable, the term “partial final” is not defined anywhere in the current rule.  Therefore, to clarify this issue, the Appellate Court Rules Committee proposed amending rule 9.110(k) “to more clearly define a final partial judgment as one involving claims unrelated to still-pending claims.”10  The Florida Supreme Court declined to adopt the Committee’s proposed language, and instead inserted its own language defining a partial final judgment as follows: “A partial final judgment, other than one that disposes of an entire case as to any party, is one that disposes of a separate and distinct cause of action that is not interdependent with other pleaded claims.”

As currently written, rule 9.420(a) (2) indicates that a document is “presumed” to be timely filed by a pro se inmate “if it contains a certificate of service certifying that the inmate placed the document in the hands of an institution of official for mailing on a particular date, and if the document would have been timely led had it been received and file-stamped by the court on that date.”  Since this rule was implemented, the Department of Corrections has created an inmate mailing system, complete with date stamp capabilities.11  Therefore, the Appellate Court Rules Committee recommended changes to the rule providing that, if an institution has a legal mail system that records the date a document is placed in the hands of an institution of official for mailing and the inmate uses that system, the date of filing will be presumed to be the date recorded by the system.  If the institution does not have a legal mail system, or does not have a system that records the date, then the current presumption based on the inmate’s certificate of service remains applicable.  The Florida Supreme Court agreed with the committee’s recommendations, and adopted them “as proposed.”

In family law matters, rule 9.130(a) (3)(C)(iii) has been expanded and divided into three subsections—(a), (b) and (c).  Previously, rule 9.130(a)(3)(C)(iii) did not have any subsections, and simply allowed for the immediate appeal of nonfinal orders that determined “the right to immediate monetary relief or child custody in family law matters.”  As amended, the rule now consists of three subsections that provide for the immediate appeal of non-final orders that determine:

(a) the right to immediate monetary relief; (b) the rights or obligations of a party regarding child custody or time-sharing under a parenting plan; or (c) that a marital agreement is invalid in its entirety.

Rule 9.130, prior to being amended, did not expressly authorize cross-appeals.  As amended, subdivision (g) now includes specific language providing for the cross-appeal of matters brought under this rule.  Additionally, a new form entitled “Notice of Cross-Appeal of Non-Final Order” has been added to Rule 9.900 as subdivision (c) (2). 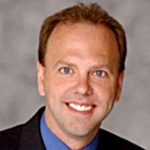 David C. Knapp is a partner at James A. Coleman, P.A., in Orlando, Florida, where his practice focuses primarily on appeals, insurance defense and pharmacy defense.  He is a member of the Florida Bar Appellate Section’s Outreach Committee, and a charter member of the Orange County Bar Association’s Appellate Practice Committee.  He received both his B.S.B.A. with High Honors, and his J.D. from the University of Florida.

A Moving Target: How to Seek Fees in Your Original Proceedings

On the Florida Supreme Court’s Amendment to Florida Rule of Appellate Procedure 9.130

Appellate CPR: Resuscitating Your Family Law Case on Appeal Without a Transcript