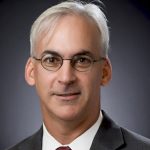 The law of the case doctrine is not applied on a daily basis, but it is a viable tool for litigants who obtain favorable rulings in interlocutory appeals for subsequent proceedings in the same case so long as there is no change in facts or controlling law. As recently explained by the United States Supreme Court,

[t]he law of the case doctrine generally provides that when a court decides upon a rule of law, that decision should continue to govern the same issue in subsequent stages in the same case. The doctrine expresses the practice of courts generally to refuse to reopen what has been decided, but it does not limit [courts’] power. Thus, the doctrine may describe an appellate court’s decision not to depart from a ruling that it made in a prior appeal in the same case.

Musacchio v. United States, 136 S. Ct. 709, 716 (2016) (internal and external quotations omitted) (explaining that where a litigant fails to raise an objection before the district court appellate review may be constrained by doctrines such as waiver, forfeiture and estoppel, but an appellate court is not bound by rulings by the district court under the law of the case doctrine).

As explained in Piambino v. Bailey, 757 F.2d 1112, 1120 (11th Cir.1985), “[t]he law of the case doctrine is not an inexorable command, but rather a salutary rule of practice designed to bring an end to litigation, discourage panel shopping, and ensure the obedience of lower courts.” Id. (internal and external quotations omitted); Castro v. United States, 540 U.S. 375, 384 (2003) (“[The law-of-the-case doctrine] simply expresses common judicial practice; it does not limit the courts’ power.” (internal quotation marks omitted)); United States v. Hall, 628 Fed. App’x 681, 684 (11th Cir. 2015) (per curiam) (“The law-of-the-case doctrine is a rule of practice self-imposed by the court and operates to create efficiency, finality, and obedience within the justice system.”).

Eleventh Circuit case law follows the description of the law of the case doctrine set forth in Musacchio. Quoting from a frequently-cited decision by the Eleventh Circuit in This That & The Other Gift & Tobacco, Inc. v. Cobb County, GA, 439 F.3d 1275, 1283 (11th Cir. 2006), a district court stated that “[u]nder the law of the case doctrine, the findings of fact and conclusions of law by an appellate court are generally binding in all subsequent proceedings in the same case in the trial court or on a later appeal. Furthermore, the law-of-the-case doctrine bars relitigation of issues that were decided either explicitly or by necessary implication.” Diaz v. Kaplan University, et al., No. 09-20756-CIV-SEITZ/TURNOFF, 2016 WL 3661483, *1 (S.D. Fla. July 1, 2016) (internal and external quotations omitted); The Original Brooklyn Water Bagel Co. v. Bersin Bagel Group, LLC, 817 F.3d 719, 728 (11th Cir. 2016) (same).[1]

The law of the case doctrine does not preclude reconsideration of an issue where (i) a subsequent trial produces substantially different evidence, (ii) controlling case law subsequently made a contrary decision of law applicable to that issue, or (iii) a prior decision was clearly erroneous and would work manifest injustice. United States v. Davis, No. 15-15227, 2016 WL 3997209, *1 (11th Cir. 2016) (per curiam) (citing United States v. Stinson, 97 F.3d 466, 469 (11th Cir. 1996) (per curiam)); This That & The Other Gift & Tobacco, 439 F.3d at 1283-84 (same). In an opinion concurring in part and dissenting in part, Judge Birch addressed the “manifest injustice” exception to the law of the case doctrine in the context of a subsequent panel adhering to a decision of a prior panel as follows:

In the context of the applicability of the law of the case doctrine, … ‘manifest injustice’ does not simply mean that a reasonable argument exists that the first panel’s decision was wrong. Otherwise, the exception swallows the rule: If the doctrine of law of the case applies only where the second appellate panel believes that the first was absolutely correct, the doctrine means nothing. Indeed, as we previously have explained ‘the law of the case doctrine does not apply to bar reconsideration of an issue when … the prior decision was clearly erroneous and would work manifest injustice.’ Robinson, 690 F.2d at 872 (emphasis added); see also Arizona v. California, 460 U.S. 605, 618 n. 8, 103 S.Ct. 1382, 1391 n. 8, 75 L.Ed.2d 318 (1983); Piambino, 757 F.2d at 1120. Therefore, whatever ‘manifest injustice’ means, it surely does not simply mean that the prior panel’s decision was incorrect; rather, the doctrine stands for the proposition that, absent extraordinary circumstances, a panel of this court should adhere to a previous panel’s decision in the same case even if that decision is erroneous.

The doctrine of the law of the case is related to the doctrines of res judicata and collateral estoppel, but different. As explained in Wallis v. Justice Oaks II, Ltd. (In re Justice Oaks II, Ltd.), 898 F.2d 1544, 1550 n. 3 (11th Cir.1990), “[w]hile the law of the case does not bar litigation of issues ‘which might have been decided but were not,’ … it does require a court to follow what has been decided explicitly, as well as by necessary implication, in an earlier proceeding,  … The distinction between law of the case and claim preclusion is that the former bars relitigation of legal rules while the latter bars relitigation of claims (i.e., legal rules applied to the facts of the case). In addition, law of the case bars only those legal issues that were actually, or by necessary implication, decided in the former proceeding, while claim preclusion bars relitigation not only of claims raised but also claims that could have been raised … Law of the case differs from issue preclusion in that the former applies only to proceedings within the same case, while the latter applies to proceedings in different cases.” (Emphasis in original).

[2] This discussion is not akin to the prior panel precedent rule, see In re The Charter Co., 92 B.R. 510, 513 (M.D. Fla. 1988) (“A corollary of the law of the case doctrine mandates, as a general rule, that one panel of appellate tribunal not revisit questions which another panel has decided on a prior appeal in the same case.”), in which “a prior panel’s holding is binding on all subsequent panels unless and until it is overruled or undermined to the point of abrogation by the Supreme Court or by this court sitting en banc.” United States v. Archer, 531 F.3d 1347, 1352 (11th Cir. 2008); Cohen v. Office Depot, Inc., 204 F.3d 1069, 1076 (11th Cir. 2000) (explaining that the prior-panel-precedent rule is dependent upon neither “a subsequent panel’s appraisal of the initial decision’s correctness” nor “the skill of the attorneys or wisdom of the judges involved with the prior decision—upon what was argued or considered”).

Appellate CPR: Resuscitating Your Family Law Case on Appeal Without a Transcript

A Moving Target: How to Seek Fees in Your Original Proceedings

The Effect of Bankruptcy Stay on a Subsequently Filed Appeal

Changes to the Florida Rules of Appellate Procedure Effective January 1, 2015